An Exciting Mix Of Multiple Genres: Efye Releases Music That Syncs With The Heart And Mind 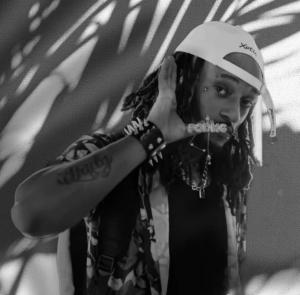 This collection of music is known for making the audience experience a multitude of emotions ranging from happiness and sadness in an extremely relatable way.

BIRMINGHAM, ALABAMA, UNITED STATES, November 25, 2022 /EINPresswire.com/ -- Efye is a new up-and-coming artist who produces music that comes straight from the heart. The eclectic musician uses a mixture of Hip-hop, Pop, R&B, and Rap to bring his musical vision to life. In doing so, the singer ensures that he draws his best-liked parts from different genres to produce something wholly unique and curtailed to his taste.

The young rapper has worked tirelessly to imbibe realism and spirituality into the music that he produces. In this sense, Efye believes that songs that truly gain traction make the audience feel something real and profound. An idea, a thought, or a feeling that snaps them out of the dreariness of their own lives and pushes them to recognize something new. This ability to give the audience what they want, when they want it, is perhaps, the most endearing quality in an artist.

The rising star’s recently released singles include “Àndale”, “Checklist”, and “Might Just Drown” each of which is premised on a specific emotion that the singer wishes to relay. Whether it is on the non-stop ongoing jarring schedule that one finds themselves stuck in or whether it’s the constant fear of failure that permanently accompanies all ambitious people, Efye has a song for each occasion. The inspiring singer has recently released his ‘Cloud 8’ mixtape which is all set to create new waves in the music industry.

Stream the inspiring artist’s music on YouTube, and Spotify, and search for him on this google link https://g.co/kgs/Jdu9GJ. Follow the artist’s official social media page on Instagram for updates on newer music. For interviews, reviews, and/or collaborations reach out through this email Lewisedward952@gmail.com.

Efye is from Birmingham, Al, and finds inspiration for his music from many different areas. He has traveled to Atlanta, Mississippi, Tennessee, Texas, & Florida which has influenced the singer’s creative style and process. The musician’s art style is Spiritual Growth. This means that no matter the circumstances one finds themselves in Efye wants them to know that they can turn things around truly and surely.

The aspiring musician is motivated by family, music, life, and his own cultural background. He connects with the art community by making videos/audio features with any artist willing to work on a collaboration. When people listen to this branch of music, Efye wants them to keep their hearts and mind open to experience all the raw emotions that they have been hiding away from. That is what this consortium of music is truly about!